Ear surgery, also know as otoplasty, refines the size and appearance of large or prominent ears. This procedure can improve prominently set ears that extend away from the head, or reduce the appearance of disproportionately large ears.

Anyone who is uncomfortable with the shape or appearance of their ears can benefit from otoplasty. Ear surgery is often performed on adolescents who are self-conscious about the size or angle of their ears. It is safe to perform otoplasty on children as young as five or six, as by then the ear is nearly fully developed.

Adults can equally benefit from otoplasty if seeking to refine the shape of their ears. The ears play an important role in defining the overall shape of one’s head. Abnormally shaped ears can cause facial features to appear out of alignment.

Older individuals may benefit as well, finding that with age their ears have become out of proportion with the rest of their head, causing their ears to seem larger in comparison.

How is ear surgery performed?

During ear surgery, a small incision is made behind the ear to allow Dr. Chung to remove excess skin and cartilage, in effect “pinning” the ear into a more aesthetically pleasing alignment.

If the ears themselves are overly large or asymmetrical, it is relatively easy for Dr. Chung to reshape the cartilage, providing a more aesthetically pleasing shape and size.

As with any incision, a thin scar is likely to remain. However, because this incision is placed behind the ear, it is generally inconspicuous.

How long does it take to recover from ear surgery?

During recovery, it is important to not place pressure on the ears. If you’re used to sleeping on your side, you might have to change your sleeping habits for a short while.

Soft dressings will be used to protect your ears following surgery, and a headband may be recommended to keep the ears in place while the skin fully heals, for up to two weeks.

You may experience some mild discomfort as the skin heals, which is typical after incisions on the ear. Although complications and risks are minimal with ear surgery, you will be given instructions for how to properly care for your incisions to avoid any complications.

Most patients will recover in as little as one week. This is especially true of younger patients. Once you are healed, the ears will be better aligned and more proportional to the head, with scars that are completely hidden from sight.

Out Of Town Patients 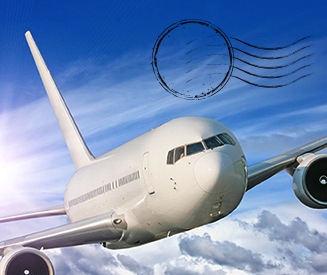